Mintex Award Winner for Round 2 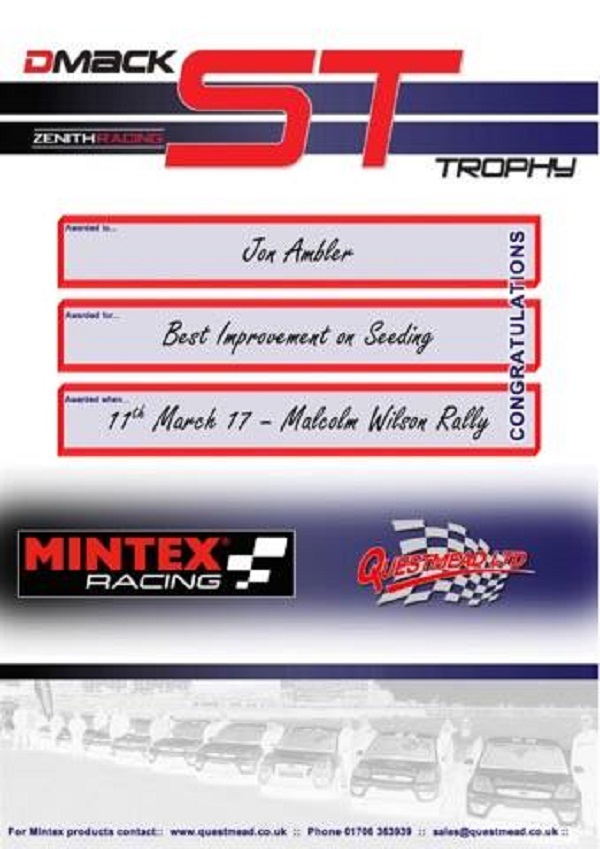 Congratulations to Jon Ambler who has won the Mintex Award on the Malcolm Wilson Rally.

The award is for a set of Mintex brake pads courtesy of  Questmead, suppliers of motorsport components. Jon won the award for his improvement on seeding.
Posted by TKR at 04:57 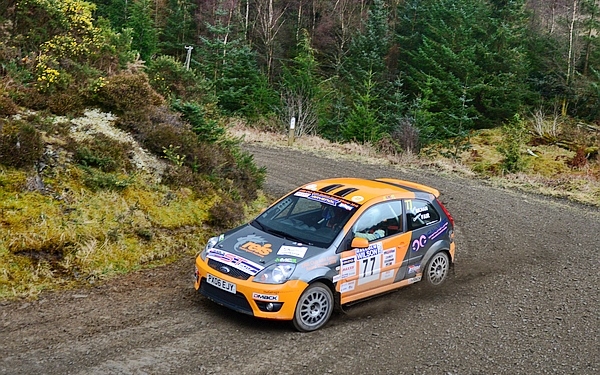 Bingley driver Sam Bilham and co-driver Cameron Fair battled through tough conditions to win round one of the Dmack ST Trophy which took place on the Malcolm Wilson rally in Cumbria. Alasdair Currie was second and Richard Wells third.

Bilham was fastest of the ST Trophy crews on all but the first stage and his winning margin was almost two minutes after 43 miles of competition in the forests of the Lake District.

“We had a trouble-free day, stage one was very slippery and it took some time to get used to the car with it being the first event since last season,” said Bilham. “It was good to be the quickest crew on six of the seven stages, I’m aiming for the championship win after a strong performance last year so it’s the ideal start to our year.”

Alasdair Currie and Steven Brown were in second place, a great result given their car was only finished the night before the event.

“The gearbox broke on the Snowman rally two weeks ago and we’ve been flat out repairing it,” commented Currie. “We finally got the job finished on Thursday night before heading down to Cumbria. We struggled on stage one but then were settling in nicely before a total loss of brakes in stage four. We struggled back to service and discovered a split pipe which we repaired. The brake peddle was still spongy in the afternoon stages but we managed to get second place.” 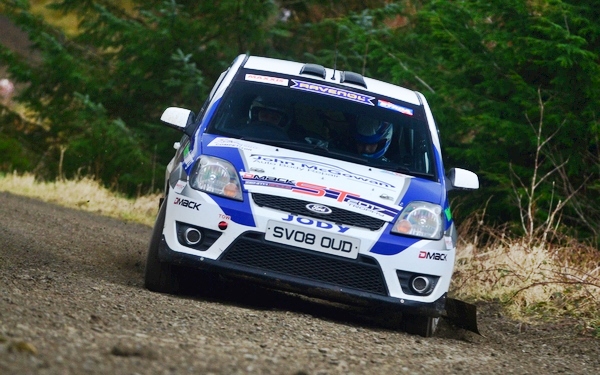 Richard Wells and Calvin Houldsworth finished in third after setting joint fastest time on the first stage. They shared the fastest time with Jason Dickson and Arwel Jenkins who ended the event in fourth place after spending the day working on the set-up of the car, having previously only contesting Irish forestry events.

Jon Ambler made the long journey north from Hampshire and he and co-driver Doug Chivers were rewarded with fifth place.

“We started fairly steadily to get back into the swing of things after the winter break,” said Ambler. “We had no real dramas other than some damage to the front bumper caused by the stages being rough in places. Our times improved as I got used to the car and I’m happy with fifth place.”

In sixth place was Martin Auskerin and John Ross. Auskerin struggled for grip early on and then had a huge moment in the Wythop stage which resulted in the car getting stuck and needing the help of spectators to get going again. This, and a few other moments, saw a fair bit of time lost to the other ST Trophy crews. 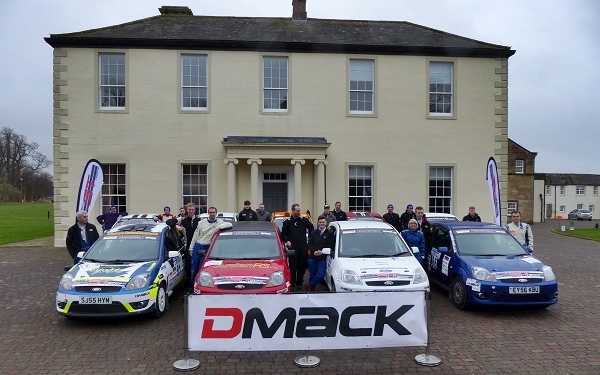 Tom Easson and Abi Haycock had a disappointing event. Like other crews, they struggled with the conditions early on but their rally would come to a dramatic end in Grizedale when the car went off the road and a fence post came through the windscreen, narrowly missing the crew who fortunately escaped injury.

Enniskillen’s Jody McManus and co-driver Jon Armstrong were setting some great times in their Fiesta but hopes of a good result were ended in Grizedale when an engine mount broke and, subsequently, a driveshaft failed which caused them to retire.

Another crew to fall victim to the notorious Grizedale forest were Guy Butler and Jamie Mactavish who suffered a broken shaft.

“It was my first event in the car,” said Butler. “It was a case of learning with each mile and I was really enjoying my first taste of the ST Trophy. Sadly we broke a shaft on the start line of stage five, we limped through the stage but decided to retire rather than risk further damage to the car.”

The DMack ST Trophy will resume on the Somerset Stages on April 8th. 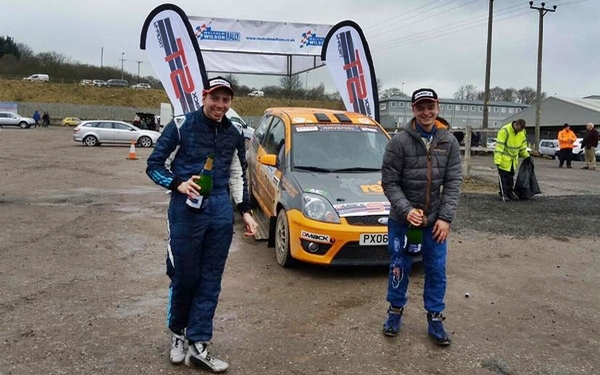 Some shots of the DMack ST Trophy crews on the tour we had of M-Sport and from the Comb stage. All images courtesy Songasport. 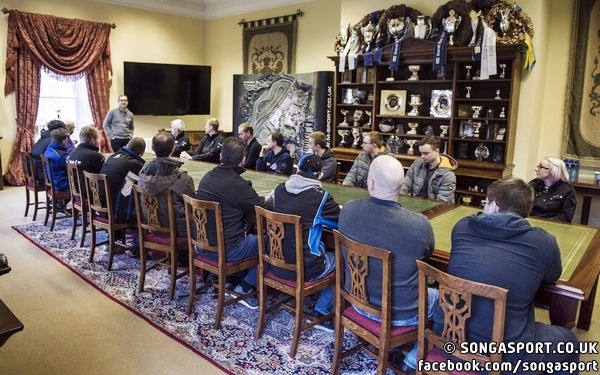 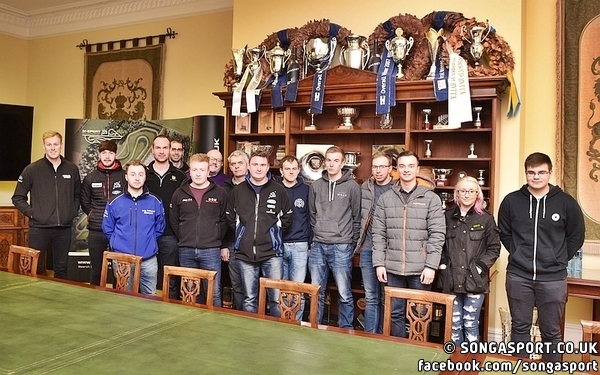 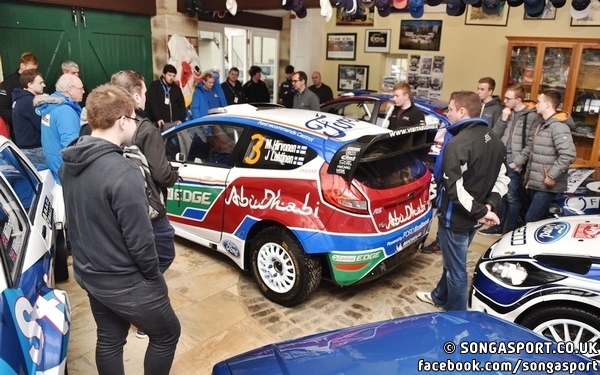 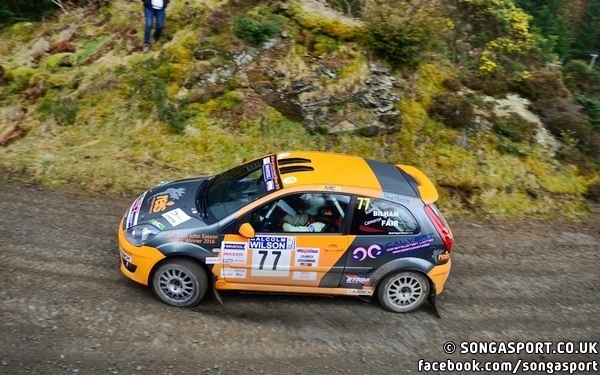 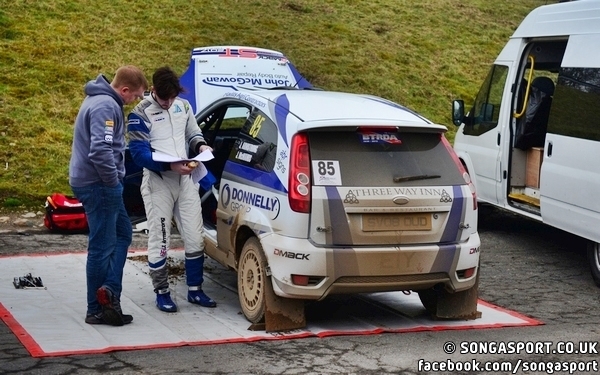 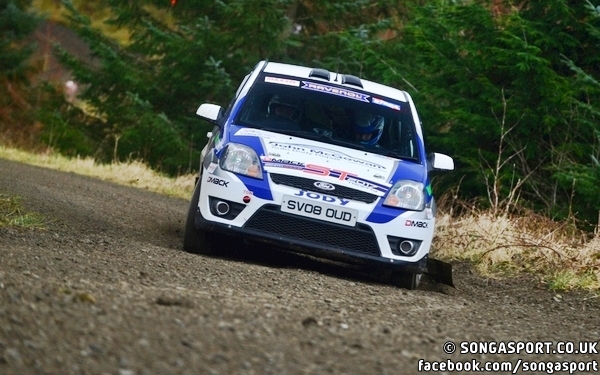 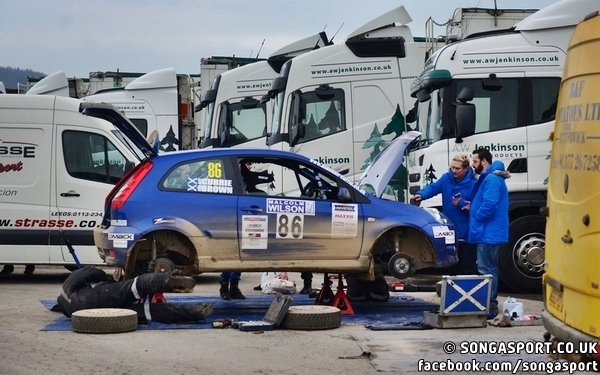 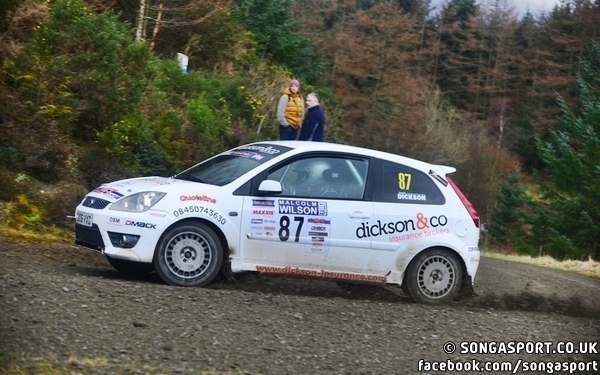 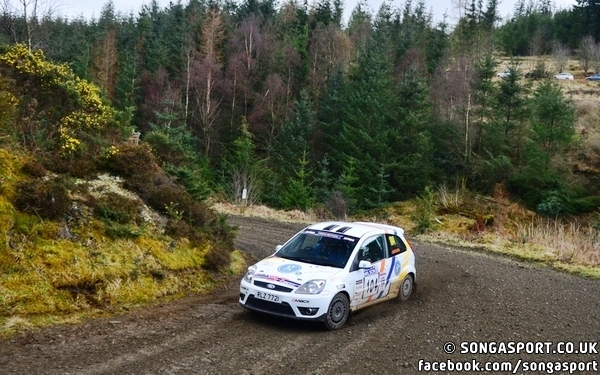 DMack ST Trophy to get underway in Cumbria 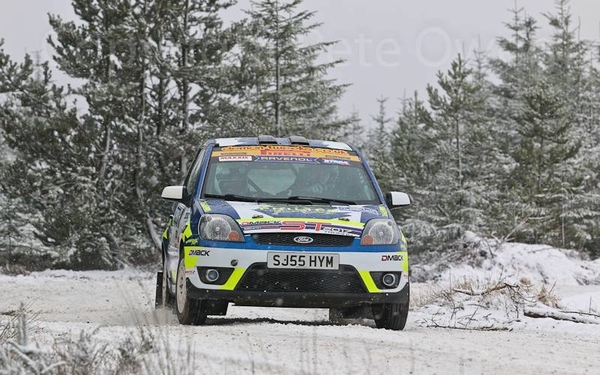 Following the cancellation of the Cambrian rally in early February, the DMack ST Trophy will,subject to the Cumbrian weather, get underway next weekend at the Malcolm Wilson rally. The championship has attracted 14 registered crews and nine of these have entered the event.

2016 championship runner-up Sam Bilham is looking to go one better this year and he'll also be defending his BTRDA N3 title. Bilham will be co-driven by Cameron Fair and he'll be the first of the ST crews off the start line.

Winchester's Jon Ambler will start his second season of competing in the ST Trophy and he'll be looking to build on the 5th place he got in the championship last year.

Martin Auskerin enjoyed success in the 205 Challenge 10 years ago and he'll be wanting a good result next weekend as he targets a similarly successful season in his Fiesta.

After three years in Rally First Guy Butler has moved up to the ST Trophy for 2017. Jamie Mactavish will be in the co-driver's seat and his experience of deep mud holes when competing on the Safari rally could prove useful in the Lake District forests!

Making the journey from Tobermory on the Isle of Mull will be Alasdair Currie. Currie was the youngest ever driver to start a Nat B rally, having passed his test aged 16 on the Isle of Man and starting the Mull Rally on his 17th birthday.

Tom Easson finished the 2016 championship in great style with second place on the Trackrod and he's aiming to continue the good results this year. Abi Haycock will co-driver, returning to the ST Trophy after navigating for Tim Kirvan-Rodgers last year.

Enniskilllen's Jody McManus will start his second season of rallying at the weekend. His previous experience includes leading a quad bike race the wrong way round the track so hopefully co-driver Jon Armstrong will keep him in the right direction.

Richard Wells started rallying last year and finished his first season with a good result on the Wales Rally GB National event. Before that he competed in motorbike trials and racing.

The DMack ST Trophy crews will face 42 miles of competition in the classic rally stages of the Lake District forests, includes Comb and Grizedale. The event will start from the M-Sport World Rally Team base at Dovenby and the successful crews will finish near Penrith.

Keep up to date on the DMack ST Trophy via www.facebook.com/fiestasttrophy.